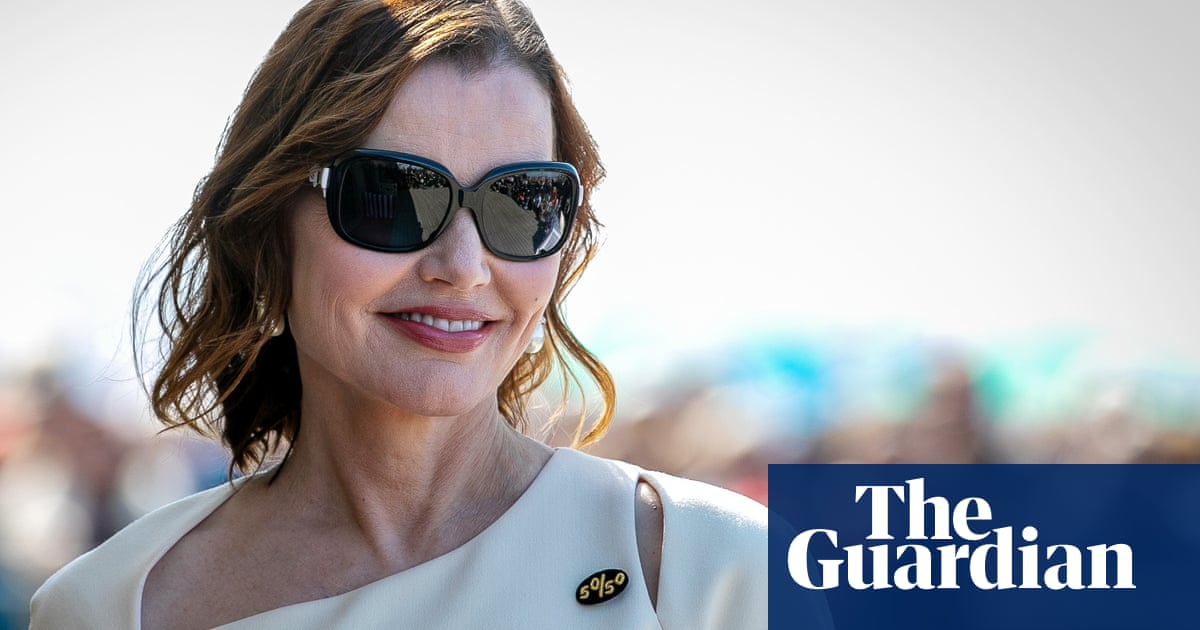 The promises of positive change for women on screen that followed her role in the groundbreaking film Thelma and Louise have failed to materialise, leaving girls today with few role models, according to the actor Geena Davis.

The media continue to have a huge influence on how the world views women and girls, and how they view themselves, she said. But few current roles show women in powerful positions, and continue to reinforce damaging gender stereotypes.

Davis was speaking to the Guardian as research into the film industry showed that of characters in leadership positions, women were four times more likely than men to be shown completely naked. The study also found that 42% of men were shown in leadership roles, compared with 27% of women.

We know from many examples that media images can be incredibly powerful in a positive way if you bother to do that, Davis told the Guardian. My theory is we dont have enough real-life role models of women in important positions and occupations to inspire change, and so we need to have them in fiction so that life will imitate art.

I believed all the press reaction about Thelma and Louise, that it was going to change everything and that there were now going to be far more female lead characters in movies, and I was thrilled.

And actually the next move I made, A League of Their Own, the press announced the same thing, that now absolutely for sure everything is going to change. Therell be so many sports movies now. And none of those things happened.

Over the 25 years since, there have been a number of times that movies have come out and people [have said], This is going to change things, and it didnt, added Davis, who was nominated for an Academy Award for her role as Thelma in the 1991 film.

Its incredibly disappointing how little progress has been made.

Research published on Tuesday analysed the film industrys portrayal of women and its impact on the lives of girls, carried out by the Geena Davis Institute on Gender in Media, which the actor founded in 2004, and the NGO Plan International.

It analysed the 56 top-grossing films of 2018 in 20 countries in North America, Scandinavia, Africa, Asia, Latin America and Europe.

Of the characters in leadership positions, it found that women and girls were four times more likely than men to be shown wearing revealing clothing; nearly twice as likely to be shown as partially nude; and four times more likely to be shown completely naked. It also found that when a slow motion focus was used on lead characters bodies, nearly twice as many female leads were sexually objectified than men.

Research also revealed that twice as many men appeared in the 56 films and they spoke twice as much as women.

In the report, Rewrite her Story, 10,000 girls and young women between the ages of 15 and 25, in 19 countries, were polled about the role media played in shaping their aspirations and view of themselves.

The vast majority of those interviewed said they were influenced by what they saw on screen and wanted more role models. More than 90% said they believed women in leadership roles were treated less well because of their gender.

Of course it hurts me because even if I know I could be a leader, I wont do it because I see it is just for men, not for women, a 22-year-old Ugandan woman told researchers. So that affects me. Ill have to sit back and watch men doing it, even though I am capable of doing it too.

Anne-Birgitte Albrectsen, CEO of Plan International, said while a woman 007 or superhero in film is welcome our research shows they are exceptions and not the rule.

The bigger picture is that gender discrimination and harmful stereotypes still dominate on screen. This undermines girls and young women and has a negative impact on their aspirations to leadership in all walks of life.

Davis said she remained optimistic that things would improve. The #MeToo and Times Up movements have had a remarkable impact on the industry. We can feel change in the air, she said.

I feel the easiest way to bring change in our culture is on-screen representation. And if you make it happen there, it will happen in real life.

Davis, who this year joined Netflix wrestling drama Glow, played the ultimate leadership role that of a female US president in the 2005 TV show Commander in Chief. It was axed by ABC after one series. But, she said, a study found that 58% of people said they were more likely to vote for a female candidate for president after seeing me behind the desk.

She added: Imagine if I had stayed on air for eight years, what would be happening now?